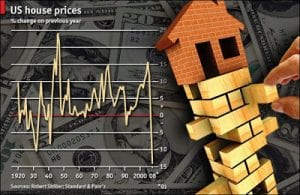 Analysts continue to offer different perspectives on the health of the California housing market. Are we in a sustainable recovery or a temporary spike? Clearly, every borrower, homeowner and Los Angeles foreclosure attorney is looking for answers. The data is still open to interpretation though.

Many variables will affect a potential rise in local home prices. Is demand as strong as some reports indicate? Do banks have incentive to loan to buyers? Is inventory as limited as many suggest? One crucial figure has remained elusive: the amount of shadow inventory still not on the market.

It’s possible that banks and lenders are sitting on a significant amount of real estate owned, or REO, properties. Some reports suggest that as many as half of Fannie Mae’s foreclosures have not reached market yet. Others optimistically report that distressed inventories are quickly shrinking.

Many in Los Angeles and Orange County are seeking foreclosure help. Though loan modification and short sale attorneys in the Los Angeles area can offer alternatives, it is unclear how many homes are about to be added to banks’ balance sheets. There is no shame in taking steps to protect one’s family. What’s being debated is how close our local market is to pre-bubble conditions.

Sales of distressed properties are a larger part of the equation. In California during the month of August, 38.2% of resales involved a foreclosure or short sale. That may sound like a high number, but it is also the lowest figure since January 2008. Of existing home sales, 20% were from homes foreclosed in the last year. The other 18.2% was from short sales.

Whether a homeowner is considering buying more properties or seeking the help of a Los Angeles short sale attorney, some clarity would help. Unfortunately, every possibility leads to new ones. If prices rise, banks may ease lending standards and allow more buyers into the market. If the foreclosures still being processed by each foreclosure attorney in Los Angeles and the surrounding counties are finalized, a new glut of inventory may depress prices.

At this point, only the recent past can offer any insight. Remember that even in a global context, Los Angeles experienced one of the greatest bubbles of the housing debacle. At a 170% rise in prices from 2000 to the peak, LA ranked 9th in major cities around the world, with Beijing topping the list at 525%. Of cities in developed nations, LA was 4th behind Brisbane, Miami and Melbourne.

Despite the optimism of cosmopolitan cities, bubbles burst. In 2006, major cities in California saw properties reach 10 times the income valuations recorded at the start of the bubble. These valuations are built around the expected earnings of a property. As rents in a market rise, property values rise. As property values rise, rents rise. At a certain point, tenants cannot afford the rates, vacancies ensue and the bubble bursts.

According to this Forbes report, of U.S. cities, only Phoenix, Atlanta and Las Vegas prices have returned to affordable levels. This would suggest that to some, Los Angeles prices might have more room to fall.