Grim news this week from the NAR(National Association of Realtors). Since 2007, some home sales were counted more than once and some new-home sales were inadvertently included in the numbers. The NAR will soon publish revised statistics based on a new benchmarking methodology.

“All the sales and inventory data that has been reported since January 2007 is being downwardly revised. Sales were weaker than people thought,” NAR spokesman Walter Malony told Reuters.

“We’re capturing some new home data that should have been filtered out and we also discovered that some properties were being listed in more than one list.” 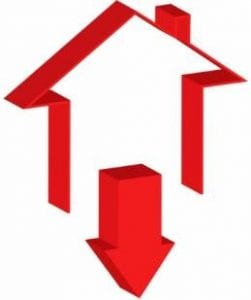 According to the Wall Street Journal, NAR had discussed the issue as long ago as December 2010 with Mortgage Bankers Association, Fannie Mae, Freddie Mac, the Federal Reserve, the Federal Housing Finance Agency and CoreLogic.

This isn’t very good news for the slumping Southern California real estate market. But one thing to remember, the NAR is a trade association and look after their own members. They are not a public interest group. Most people believe they have been overestimating their numbers for the past decade. So this may not be something to be alarmed about.