It isn’t uncommon, especially in the midst of an ongoing global health crisis, that households are finding it difficult to make ends meet. If you are one of the thousands of individuals that have lost their job or been furloughed due to COVID-19 and are considering filing for bankruptcy, you should first examine what kind of debt you have to determine whether Chapter 7 bankruptcy is a viable option for you.

In some cases, older income tax debts may be eliminated through Chapter 7 bankruptcy proceedings. You would have had to file for Chapter 7 bankruptcy more than 3 years after the delinquent tax return was due, and no more than 2 years after the return was filed. Even if all of the other requirements are met, any back taxes that were incurred within the 240 days before the bankruptcy will be considered nondischargeable.

Another thing to keep in mind, if the IRS can prove tax evasion or tax fraud, then all bets are off and your debt will be labeled as nondischargeable no matter how old they are. If you have considerable tax debt, you may want to contact a professional bankruptcy attorney to help you navigate the complicated waters of bankruptcy as it pertains to unpaid income tax debt.

Student loan forgiveness is a touchy topic for many. Often regarded as the most difficult debt to discharge, student loan debt isn’t forgiven with either Chapter 7 or Chapter 13 cases. However, there are rare instances when a filer is able to get a portion of their student loan debt discharged. The requirements are extremely hard to fulfill though.

If a filer can prove an insurmountable hardship is preventing them from paying their student loan in full, then their case will at least be reviewed. The hardship must prove that your financial situation is dire, that it prevents you from meeting your daily needs, and will continue on indefinitely. Hardships like permanent disability may qualify for student loan debt forgiveness under Chapter 7 bankruptcy relief. If you believe that you meet those requirements, you must also prove you previously made efforts to repay your nondischargeable student loan debt before filing for bankruptcy.

For obvious reasons, fines and penalties that were a result of breaking the law are nondischargeable debts. If you were found guilty of injuring another, either bodily or by way of property damage, and the court ordered you to pay fines or civil compensation to a victim, you can’t erase that through bankruptcy. Fines from DUI accidents, vehicular manslaughter cases, wrongful death, property damage, and bodily injury all fall under nondischargeable debts.

Credit card debt is the most common debt discharged in Chapter 7 bankruptcy. This would be considered a ‘no-asset’ or ‘nonpriority’ claim, meaning there was no collateral that was offered up in lieu of paying that debt. Other loans like home loans, car loans, and small business loans may result in the forfeiture of the properties to pay a portion of the debt off before it is discharged through bankruptcy.

Should You File Bankruptcy If You Have Non-dischargeable Debt?

Another option, as previously discussed, is Chapter 13 bankruptcy. This could be used as an alternative to reach an agreement with creditors or lending institutions to clear up a portion of your debt. Filing for bankruptcy in any capacity is a complicated process. It is advised that you retain the services of an experienced bankruptcy attorney to help you come to a resolution that suits your specific set of circumstances.

OakTree Law is open for business during the COVID-19 crisis. If you’re in need of an experienced Los Angeles bankruptcy attorney that can help you find financial relief, and #QuarantineLife has left you in limbo, reach out to OakTree Law now. We’ll help you properly restructure your finances and help you pay down debts. We are here to serve you. Call us at 888-219-0654 for a free phone consultation today!

Oaktree Law has a team of members that go above and beyond the call of duty to get the job done. Having little knowledge of real estate law and being bullied by my mortgage company prior to, Oaktree Law made me feel confident and comfortable throughout the process. If you need help with a bankruptcy, loan modification or anything real estate law related, I suggest you give them a call. Friendly service and they have your back from start to finish and beyond.

Julie Moradi Lopes was able to help our family out. I first went to her law firm Oak Tree Law to get help with saving our home that we wanted to keep. She was able to do a chapter 13 bankruptcy for us and protect the home from being sold which was a tremendous relief for me and my husband. She was very professional throughout the whole process and was always able to answer our questions. She is a very caring and honest person. Thanks Julie.

We were clients of another loan modification company. It turned out they took our money and did nothing to help us. By the time we discovered Oak Tree Law, we were financially over-stressed and were out of options. Julie Moradi Lopes saved us! She took care of our bankruptcy and then handled the loan mod. We didn't think we could qualify for one since we had filed the bankruptcy. What the previous company could not obtain for us in 2 years was done in less than 6 months. The office was there representing us through every single step. This meant a lot. Our Loan Co. was one of the tough ones. They saved our home! I have referred friends and will continue to do so. Thank you Guys!!!!

I heard their ad on the radio and decided to call. I was fully expecting a high pressure sales person on the other end. There wasn't; just a very friendly and helpful voice. I have a unique situation and had a lot of questions. I was convinced I would have to provide a lot of information and\or pay for their service before they would even answer one question. That was not the case at all. I spoke with Rex, he allowed me to ask all the questions I wanted. He even provided me with some alternative solutions that I hadn't thought of before. I'm not ready to pull the trigger yet, but Rex didn't go for the hard close. He just gave me his direct number and told me to call him when I was ready. Unbelievable in this day and age to have someone HELP you and not ask for anything in return. I strongly recommend Oaktree Law and I will definitely be calling back when I'm ready to proceed. Thanks, Rex!!!

Fantastic firm. Mark was very attentive with me. We worked together over the phone and through email. Made me feel very safe in their hands. Julie was with us through the court proceedings and shes a doll! She really had our backs. I would definitely use them in the future and have already recommended them to a few friends. You will be in good hands with Oaktree Law. 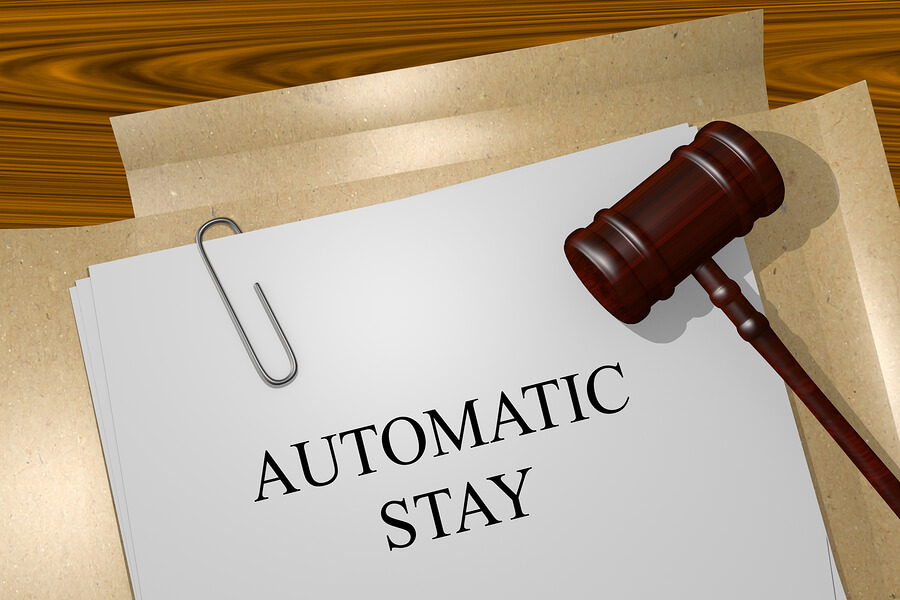 By Doing Nothing, Does a Creditor Violate the Automatic Stay in Bankruptcy? 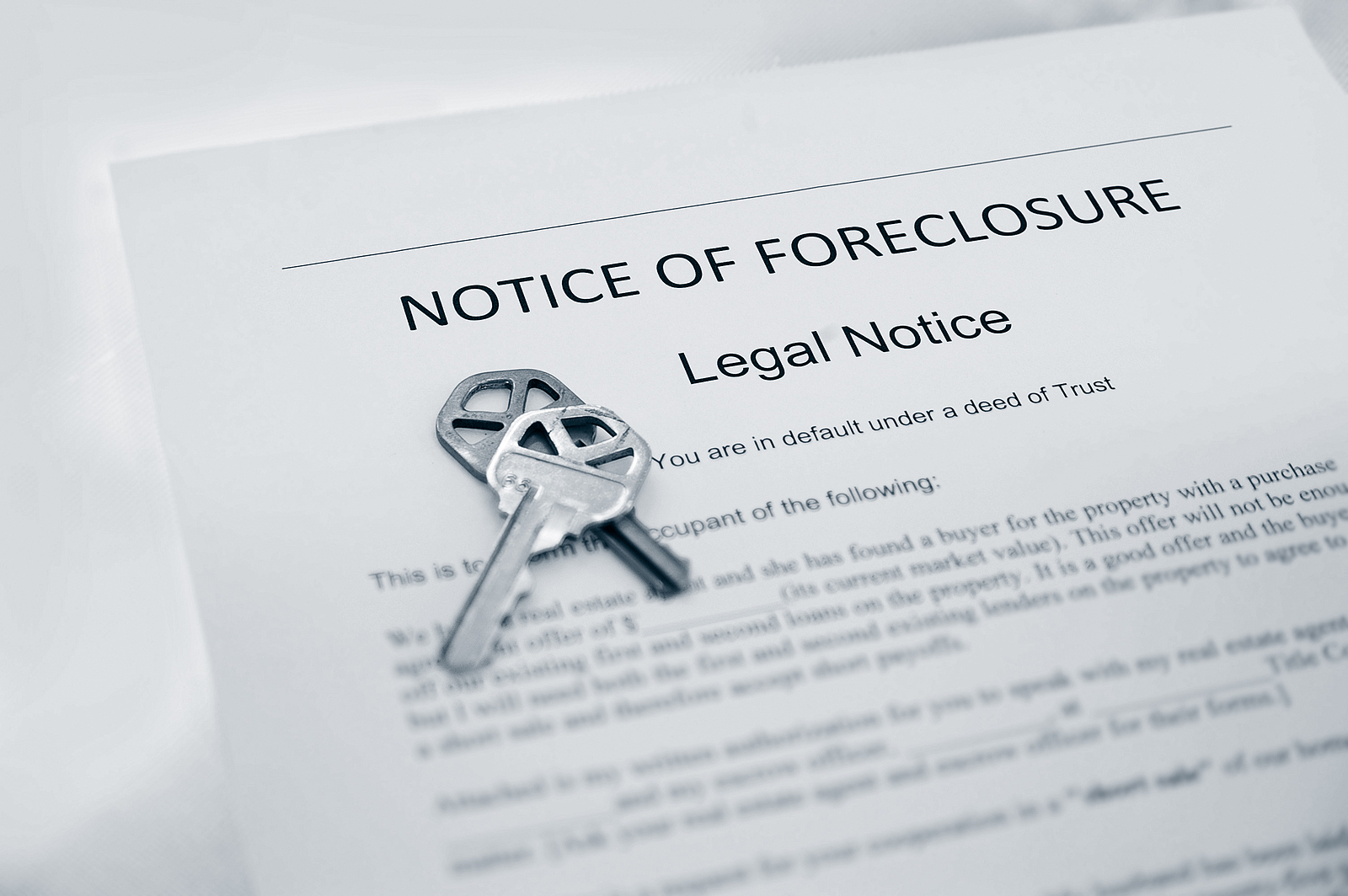 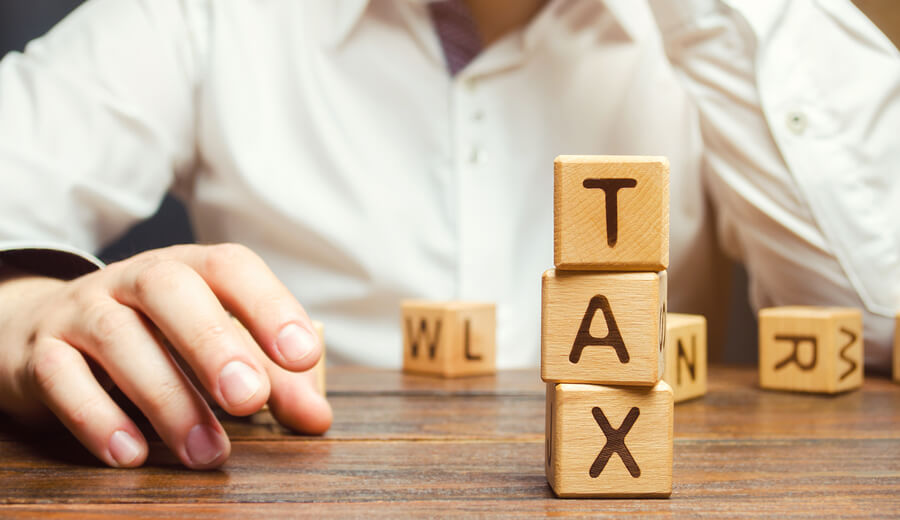 Does Bankruptcy Clear My Tax Debt? 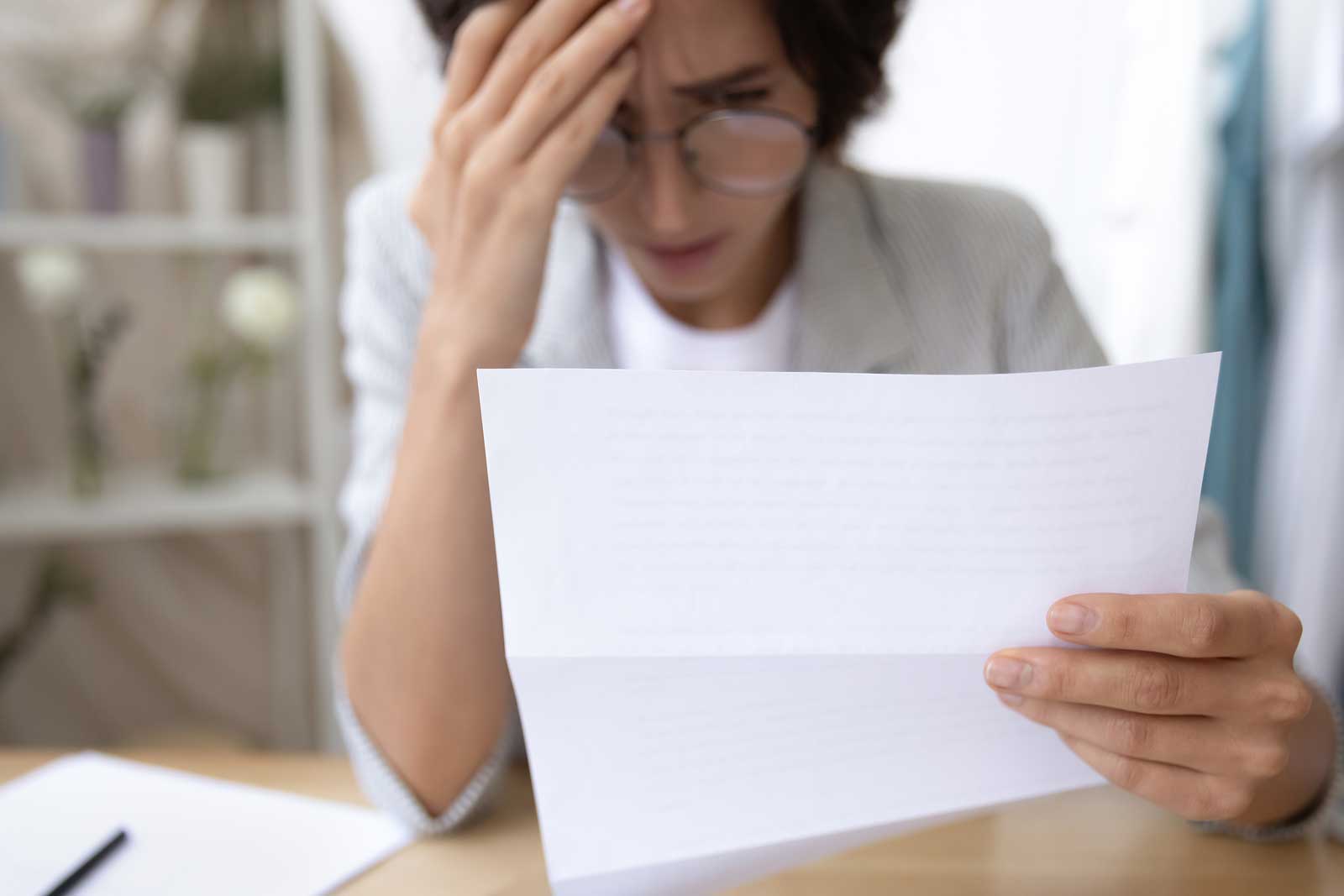 How to Avoid Bankruptcy Fraud in Los Angeles 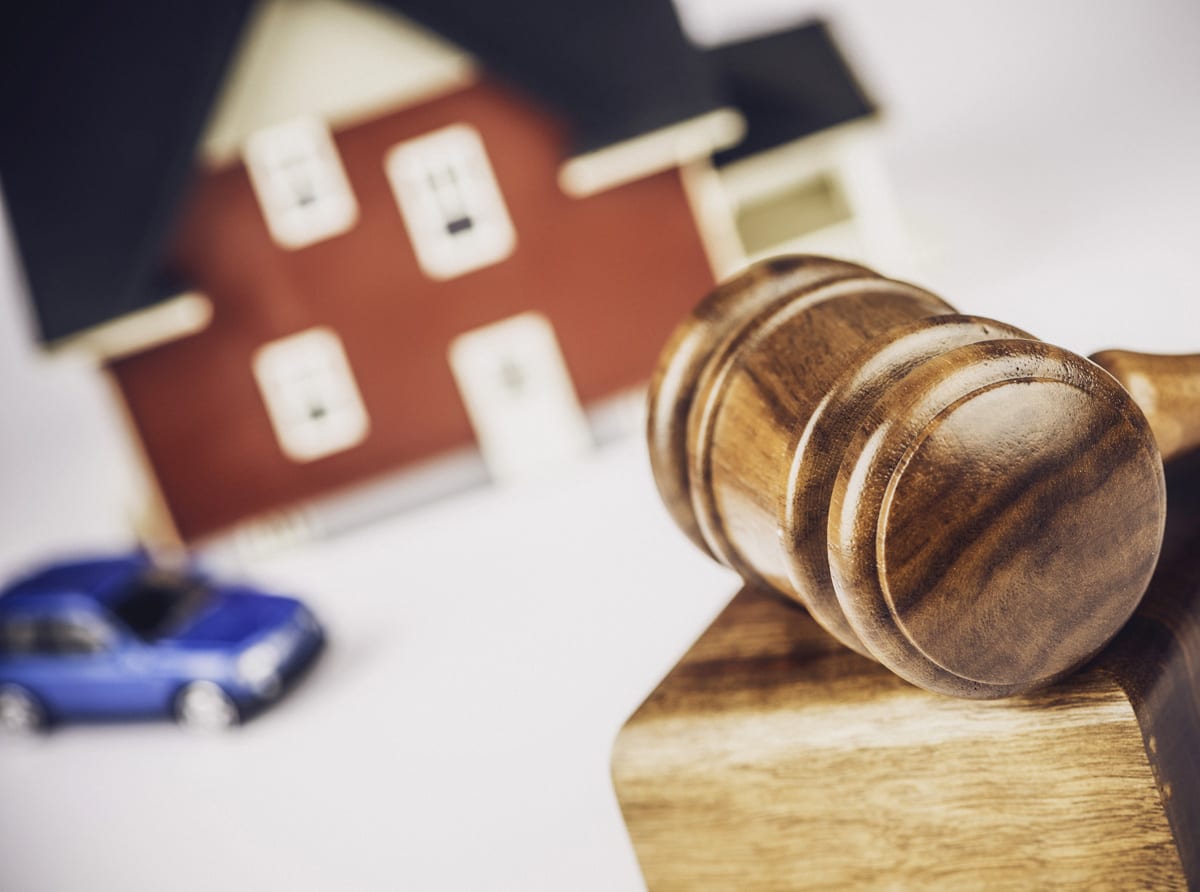 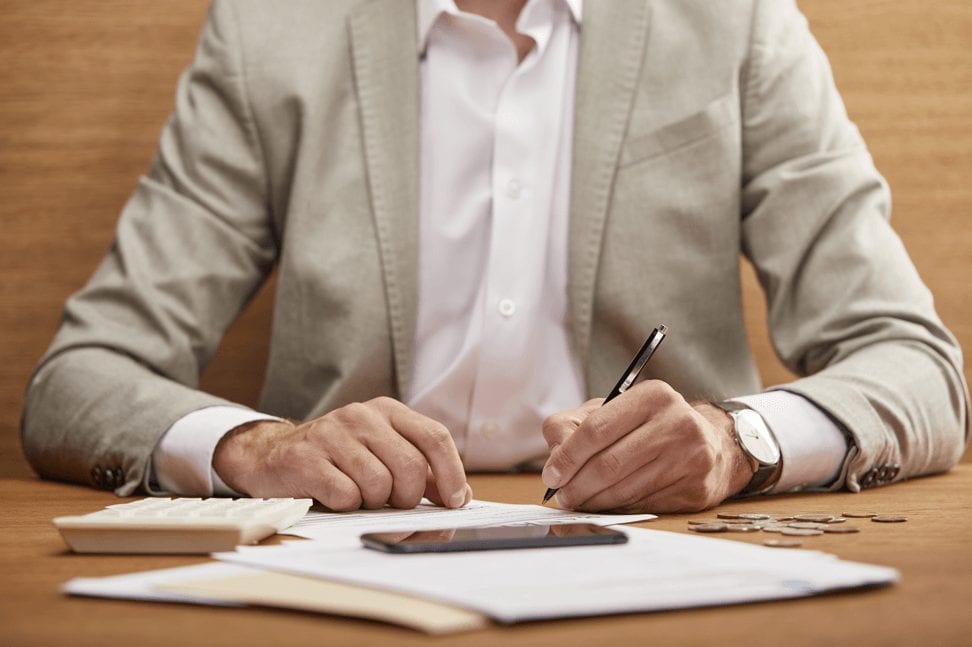 How to Build a New Business After Bankruptcy 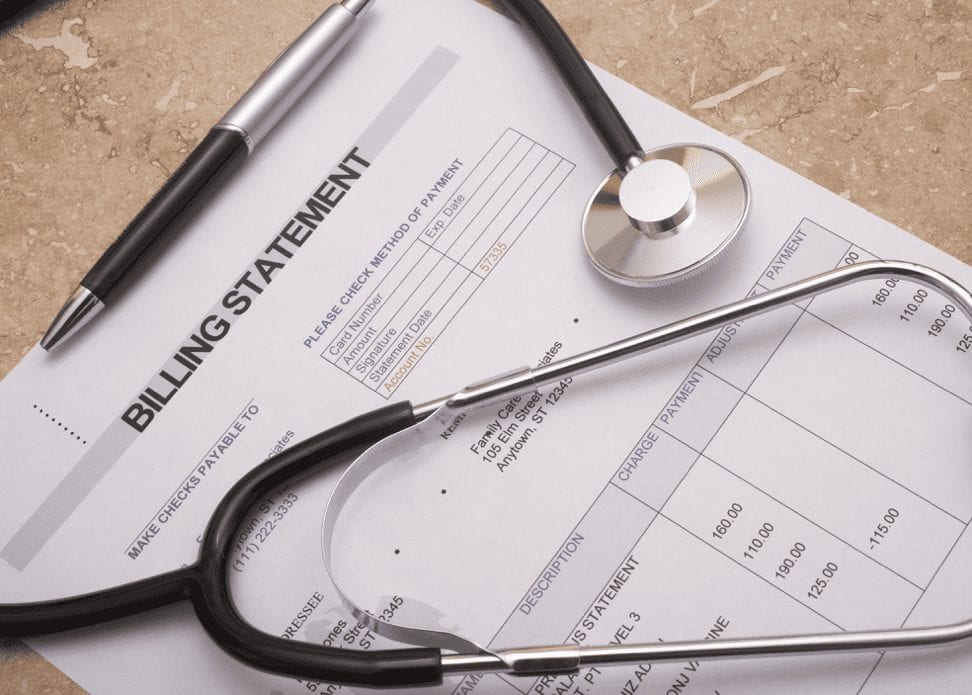 How to Handle Medical Debt