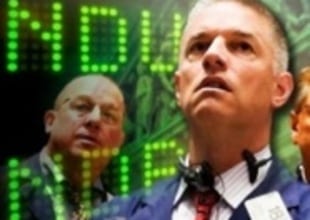 Clearly, Wall Street has an interest in any housing rebound. The question Southern Californians need to ask is, are the realities on the ground consistent with the news? A sustained rebound will create opportunities for a homeowner on prime real estate. It also generates options for any loan modification attorney in Los Angeles and the services he can offer. Is it time to be optimistic though?

The July earnings report for KB Homes was released with great enthusiasm. Revenues have increased by 16% from a year ago. The company’s backlog of orders increased to $745 million, the highest since 2008. And the average selling price for a KBH home increased for the ninth straight quarter to $245,000.

The largest homebuilder in California, KBH sited its presence in Southern California as a primary reason for expected growth. Many homeowners continue to seek help from a bankruptcy attorney throughout Los Angeles and Orange County. However, the Inland Empire housing market is heating up. Consistently high coastal prices have pushed buyers inland where inventory is depleted and prices are rising.

According to a Bloomberg story, California now has a 3.2-month supply, down from 16-month supply at the height of the crisis. Orange County, where a bankruptcy attorney can still receive plenty of calls for help, had the highest median home price in Southern California at $445,000.

Home sales in the major cities throughout the state are reportedly higher than in 2006. The inland counties have benefitted from bulk buying of foreclosure properties by investment firms. And initial default filings have fallen to a 69-month low. Efforts by loan modification attorneys in Los Angeles and other key markets have helped homeowners utilize more options.

Questions still remain though. Despite the fact that a lot of inventory has been bought up, especially by institutional investors, will the demand for new homes grow? Unit sales for the year are expected to improve from 2011 by 5.1% can that pace be maintained in 2013?

Housingwire recently reported that September sales of new and resale homes and condos were down 16.5% from August. Though its not unusual for sales to cool between the two months, they were also down 2.7% from a year ago.

Another important note is the portion of existing home sales that are foreclosure homes. In September, it was 17.7%. In August, it was 20%. And a year ago, it was 33.8%. More people are staying in their homes. And much of this portion of the supply has been bought up. Will home prices rise with less discounts available? Or will sales decline for the same reason?

In other positive news, the average California mortgage payment rose to $1027 from $1022 in August. This was an improvement from a year ago, when the average payment was $964. This is obviously a good sign that residents are able to take on higher payments instead of turning to a loan modification attorney in Los Angeles or Orange County.

Are housing companies such as KB Homes courting Wall Street by cherry-picking data? Is the cheerleading from national companies meant to pump up stock prices? Or is a sustainable recovery really taking shape? One thing is certain. As one of the largest housing markets, Southern California will continue to serve as a barometer for the rest of the country.

Protect your home from foreclosure by calling the Los Angeles foreclosure defense attorneys at Oaktree Law today at (562) 219-2979!