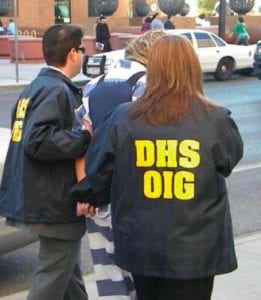 Many instances of fraud, waste or incompetence by government officials and banks have been uncovered since the start of the housing collapse. Considering the number of homeowners trying to stop foreclosure in Los Angeles, it may be comforting to know that guilty higher ups are also facing the consequences, in theory at least.

With the passing of the Housing and Recovery Act of 2008, the Office of Inspector General (OIG) was established within the Federal Housing Finance Agency (FHFA). Since 2008, the FHFA has managed both Fannie Mae and Freddie Mac. OIG is a separate agency within the FHFA established to investigate any fraud or waste within the two government-owned mortgage lenders.

At the FHFA OIG website, the apparent focus is on stamping out fraud by bureaucracies and any private sector partners. On the ‘Report Fraud, Waste or Abuse’ page, the agency outlines ways for whistleblowers to make contact, including a hotline. Government employees as well as non-government witnesses are promised anonymity unless deemed impossible by an investigation.

It appears that private citizens are now also in the crosshairs though. A September 20 RealtyTrac article reports that OIG is targeting strategic defaulters. They’re threatening prison sentences as well.

The agency boasts 130 investigators, attorneys, auditors and prosecutors. Special OIG agents carry firearms and are authorized to search, seize and arrest those they believe still owe the Treasury. With published stories like these circulating, it seems they want the public to know. Consulting with a Los Angeles short sale attorney may now be a better option before any default.

To OIG agents, Fannie Mae and Freddie Mac loans add up to $187 billion owed to the Treasury. Coincidentally, many of those underwater mortgages are here, where plenty of homeowners are fighting to stop foreclosure in Los Angeles and Orange County. Since one of OIG’s 11 current field offices is in LA, they’re certainly aware of this. Seems the search is on for people considering walking away from their property.

According to RealtyTrac data, there are over 244,000 foreclosed homes on the market in California, with an average sale price of $259,149. In Los Angeles County alone, 7,871 homes are in foreclosure activity. Orange County has 2,084 such homes.

For homeowners facing the threat of default, there are a number of ways to stop foreclosure in Los Angeles and Orange County. Strategic defaults may not have the social stigma that they used to, but it’s clear that federal agencies are not ready to look the other way while revenue is lost.

Speak with an experienced Los Angeles short sale attorney. Consider all your options. Even if a short sale isn’t right for you, the right attorney can also discuss loan modifications, refinances or even specific foreclosures that may be appropriate.