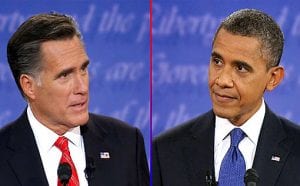 As we all gear up for a heated presidential race, you can expect accusations, name-calling and misrepresentations. A wide range of economic topics will be debated. However, you may notice the glaring absence of one key issue: housing. It seems neither candidate is eager to address the subject.

The Wall Street Journal published a story on Sept. 6 noting this lack of discussion. In the article, it’s clear why neither candidate is eager to address the issue. “All potential fixes are messy. Some are very expensive and reward irresponsible behavior. None will be a cure-all. And each will leave someone feeling left out.”

With the usual empty rhetoric flying around, other issues may not concern struggling homeowners as much as this sensitive subject. After all, it’s hard to keep up with the debates when your family’s home is at risk. What about the concerns of Los Angeles voters in need of help for underwater mortgages? And what about the future of federal funding for HARP and the HAMP program in Los Angeles?

Part of what isn’t being said amidst the shouting is that an expanded version of HARP was rolled out in March. According to Housingwire.com, more homeowners have already refinanced through the new version than in all of 2011.

More help for underwater mortgages in Los Angeles could come from the HAMP program if it were also revamped. Taxpayer dollars were originally allocated to help fund 3 million to 4 million loan modifications. So far, only about 1 million modifications have been completed.

In March 2011, one of HAMP’s main proponents testified before the House Financial Oversight Committee that the Treasury needed to implement important changes. Former Special Inspector General for TARP, Neil Barofsky, wrote that often the terms of HAMP are less than helpful due to more servicer fees, unfavorable terms and higher rates of default. His summary of the program’s status was clear:

“HAMP’s failure to meet its original expectations has many causes, starting with a rushed launch based on inadequate analysis, an insufficient incentive structure, and without fully developed rules, which has required frequent changes to program guidelines,”

Both candidates seem to agree that over 11 million borrowers in America owe more than their home is worth. Since Southern California was an epicenter for the boom, it’s safe to say a lot of those in need of help for underwater mortgages reside in Los Angeles and the surrounding counties.

Easing the HAMP qualifications could help individual homeowners as well as the local housing market.  The current guidelines state that the you must have purchased the mortgage before Jan. 1, 2009, have a housing payment that exceeds 31 percent of your gross monthly income, have a mortgage of no more than $729,750, and that you have a documentable hardship that is beyond your control.

By also having a regular source of income, an attorney that’s familiar with the HAMP program in Los Angeles can help you secure a refinance that costs nothing and significantly lowers your rate.

Other foreclosure alternatives that may be applicable to your situation include a short sale, deed-in-lieu or a HARP refinance. This program is geared towards creditworthy borrowers with a mortgage guaranteed by Fannie Mae or Freddie Mac. To qualify, you must have avoided late payments over the last year and owe no more that 125% of the value of your home.