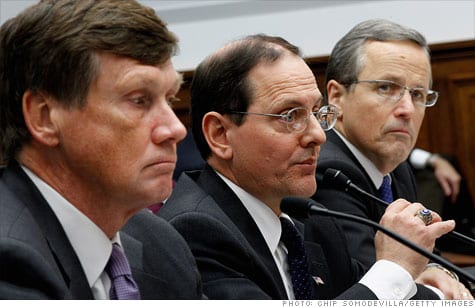 Instead of winding down, Fannie Mae and Freddie Mac are growing

As recently as August, mainstream news outlets reported that Fannie Mae and Freddie Mac were to be wound down. The Treasury announced a plan that would return more profits from the government sponsored enterprises (GSEs) to the federal government and scale back their investment portfolios.

Michael Stegman of the Treasury called the initiative, “the next step toward responsibly winding down Fannie Mae and Freddie Mac, while continuing to support the necessary process of repair and recovery in the housing market.”

Many homeowners in the Los Angeles area have needed help for underwater mortgages. The HARP program and the HAMP program have provided relief in Los Angeles and the surrounding counties. Though homeowners financed through other lenders were eligible for some federal assistance, Freddie Mae and Freddie Mac owned the majority of loans facing default.

With so much of the housing market’s recovery tied into the GSE’s, which also includes Ginnie Mae, the transition to a more privately financed market was always going to be challenging. Fannie and Freddie recorded $91 billion in credit losses on mortgages from 2008 to 2011.

Despite the talk of winding down the enterprises, it appears the opposite is now happening. As of June 2012, the GSEs accounted for 100% of the mortgage market, up from 95% in 2008. Based on their dominance in the market and new initiatives, it seems less likely that Fannie Mae and Freddie Mac are going anywhere.

Orange County loan modification attorneys have been helping local homeowners, whether their loan originated with a GSE or was later absorbed by one. As more loans have come under federal service, profits have improved.

This analysis was explained by Christopher Papagianis of e21, an organization focused on current economic policy. By breaking down FHFA data, the writer reveals a number of remarkable trends. Since 2008, California, Florida, Nevada and Arizona have contributed to 57% of GSE losses. Help for underwater mortgages has been crucial in Los Angeles, Miami, Las Vegas and Phoenix.

From 2008 to 2011, Fannie Mae and Freddie Mac needed a combined $203 billion as a backstop against expected losses. In 2012, that number has fallen to just $2 billion. Part of this is due to the fact that recent loans require higher credit scores and larger down payments. Lower default rates have been a welcomed development.

Other conditions have made the GSEs more profitable too. Compensation has been trimmed for employees, especially bonuses. Guarantee fees have been raised. More conservative underwriting has resulted in lower loan-to-value ratios. There is even less competition from the private sector than before.

In the second quarter of the year, the GSEs netted $8.1 billion. Of their earnings, $5 billion was paid to the Treasury as dividends, according to the terms of the bailout given to the enterprises during the housing crisis.

This profitability of Fannie Mae and Freddie Mac may secure their presence if not their growth. A recent amendment to the bailout terms requires that now all profits be paid back to Treasury. At a time where the federal government is scrambling to secure additional revenue, is it likely that such a revenue generator will be trimmed back? What’s more probable is that homeowners seeking new loans, refi’s and HAMP program assistance in Orange County or any U.S. city will have only federal mortgage service options.